Not only individual experiences confirm the long-time thesis about the healing properties of the mud from the Meline beach. Medical profession has confirmed it too – it has been confirmed from the medical point of view that the mud is indeed healing and that it mitigates or fully eliminates different forms of rheumatism and even some skin diseases.  The Soline Bay is thus becoming an increasingly attractive summer destination, and apart from the “healing” centre of Meline, other villages located along the Bay – Soline, Čižići and Klimno – also offer a cure for your body and soul.

The names of the villages in this Bay are partly determined by their natural significance:

Due to its geographic position (a closed bay with shallow sea) and climate characteristics (generally pleasant sea temperature), the bathing season in the Soline Bay starts early in the spring and lasts until late autumn, which is, in addition to the healing mud, yet another selling point in the tourist offer of this region.

Another soul-healing oasis is located just a few kilometres away from Čižići. It is the village of Rudine, which is specific for its intact, authentic scenery. Local architecture has remained preserved in its original form for a century and even longer. Neither the passing of time nor the changes in weather heave managed to damage it. Except with the authentic work of nature and its sandy beach, Rudine also attracts with its hidden treasure. And the legend has it that the treasure rests in the Biserujka Cave, one of the most visited caves in Croatia. It was hidden there in ancient times by pirates, and the time will show who and when will (if ever!) find it… 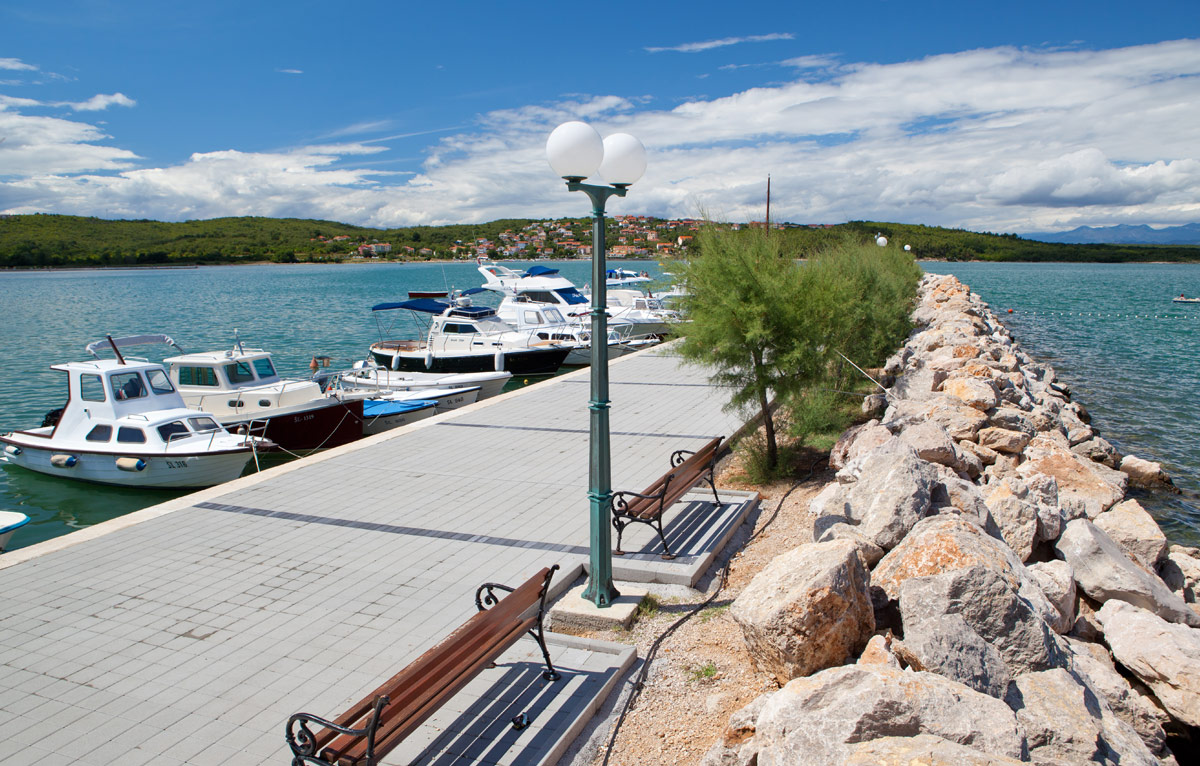 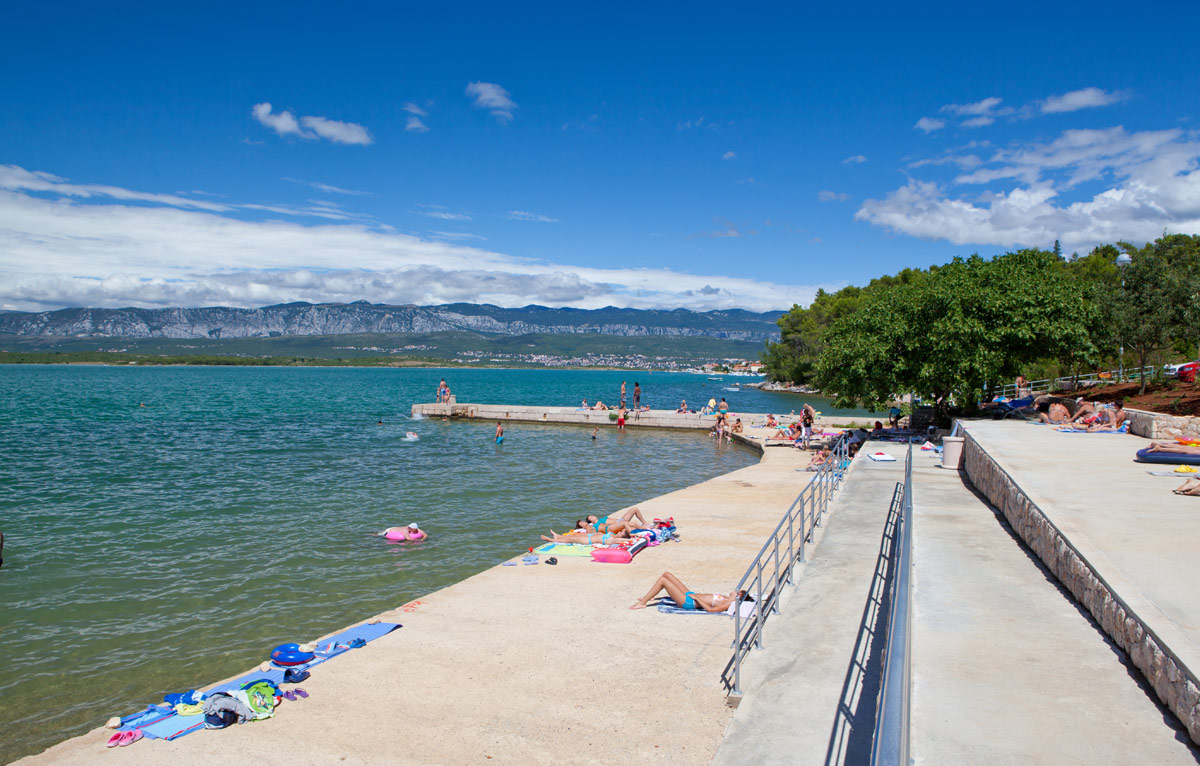 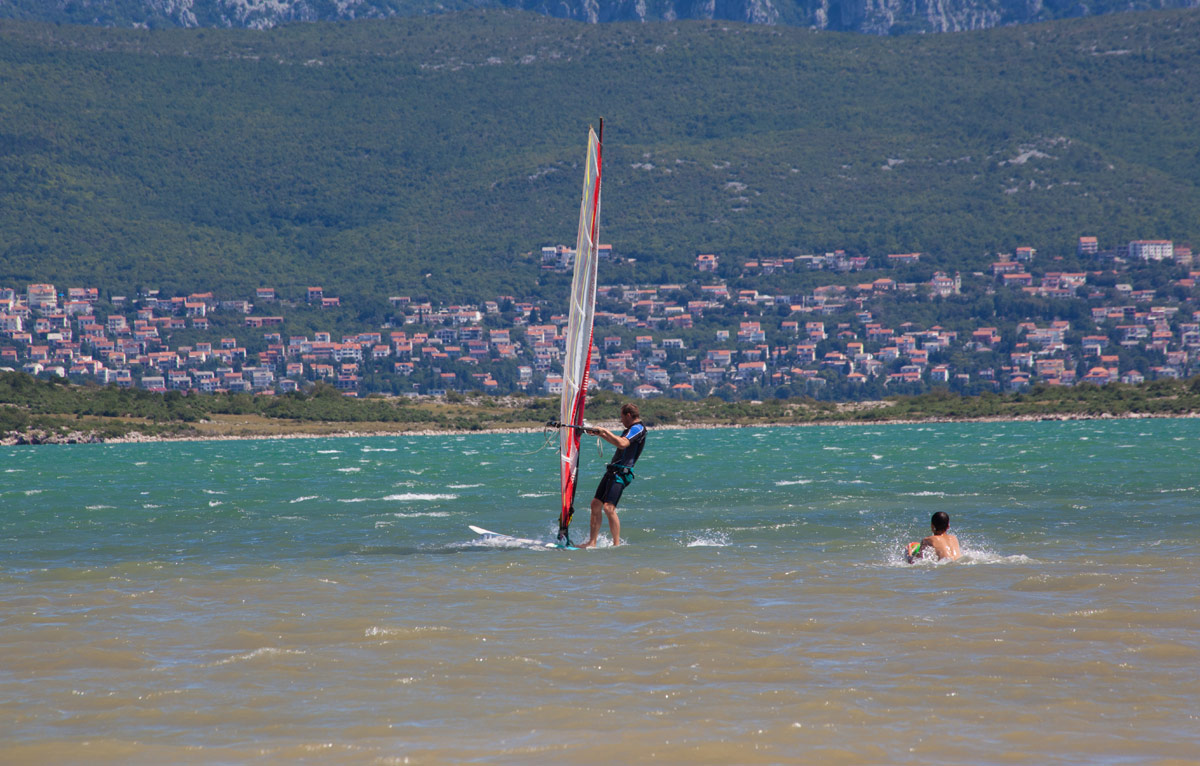 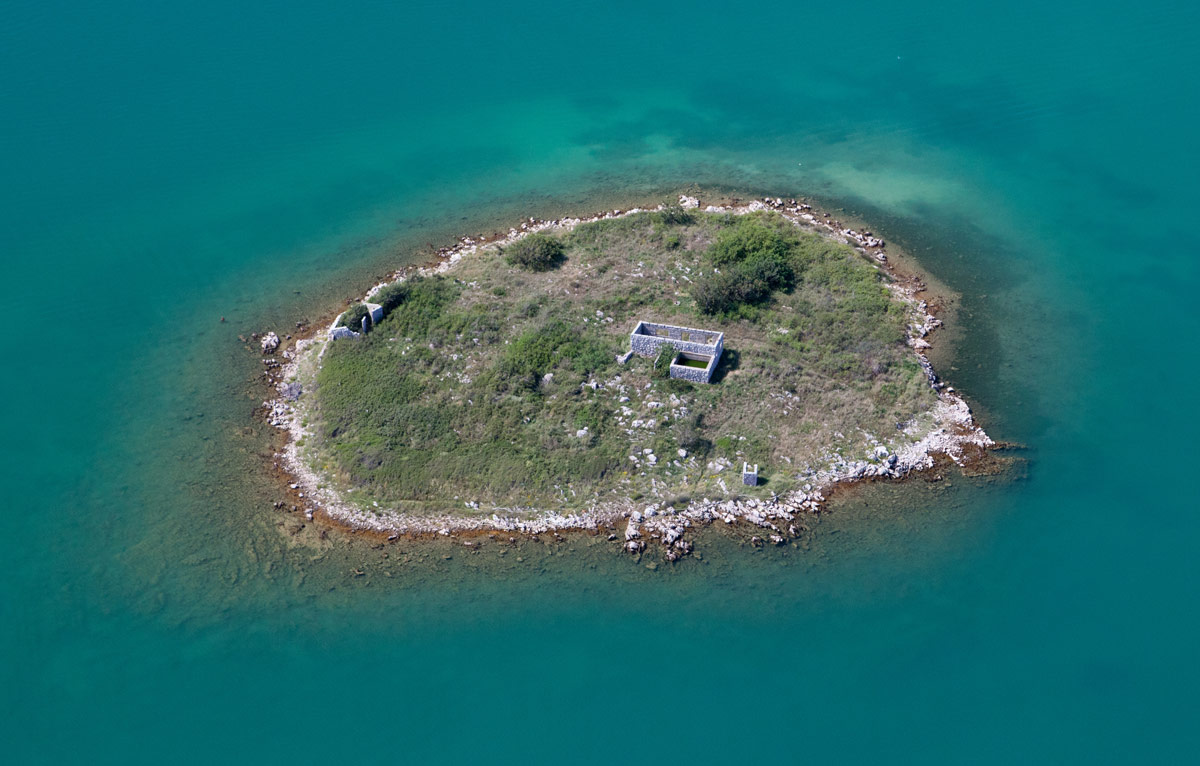 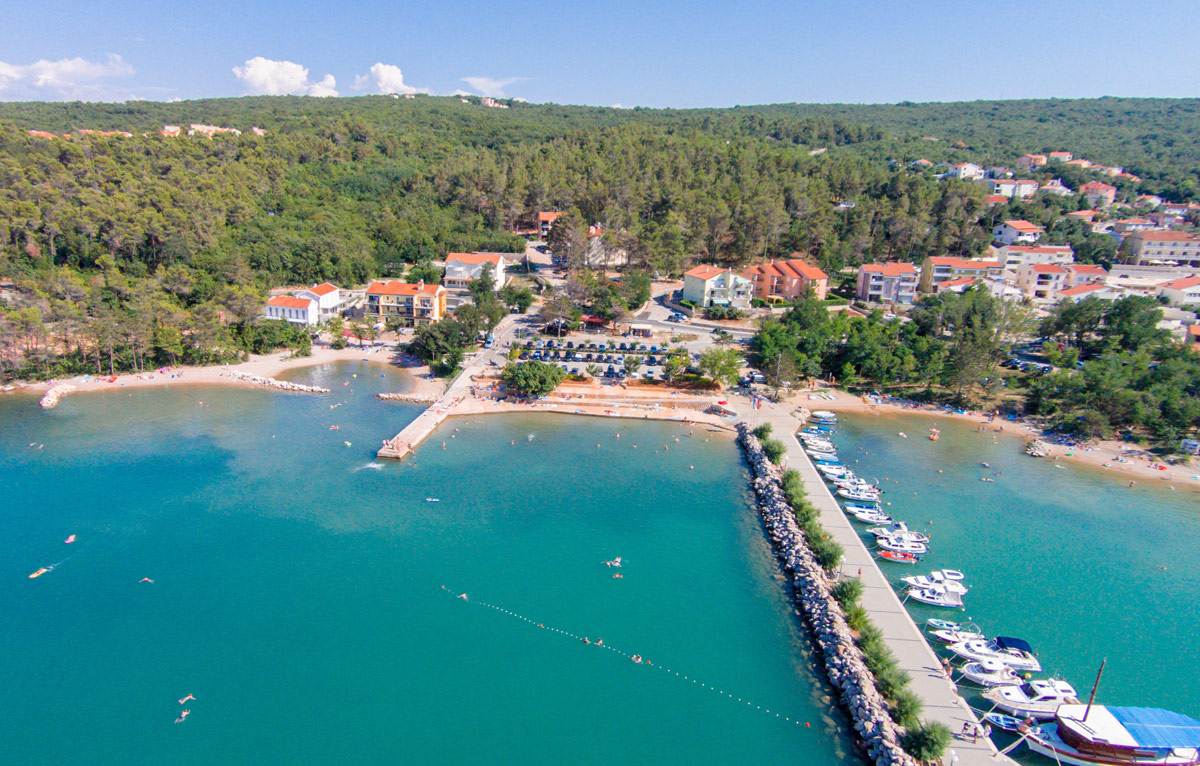 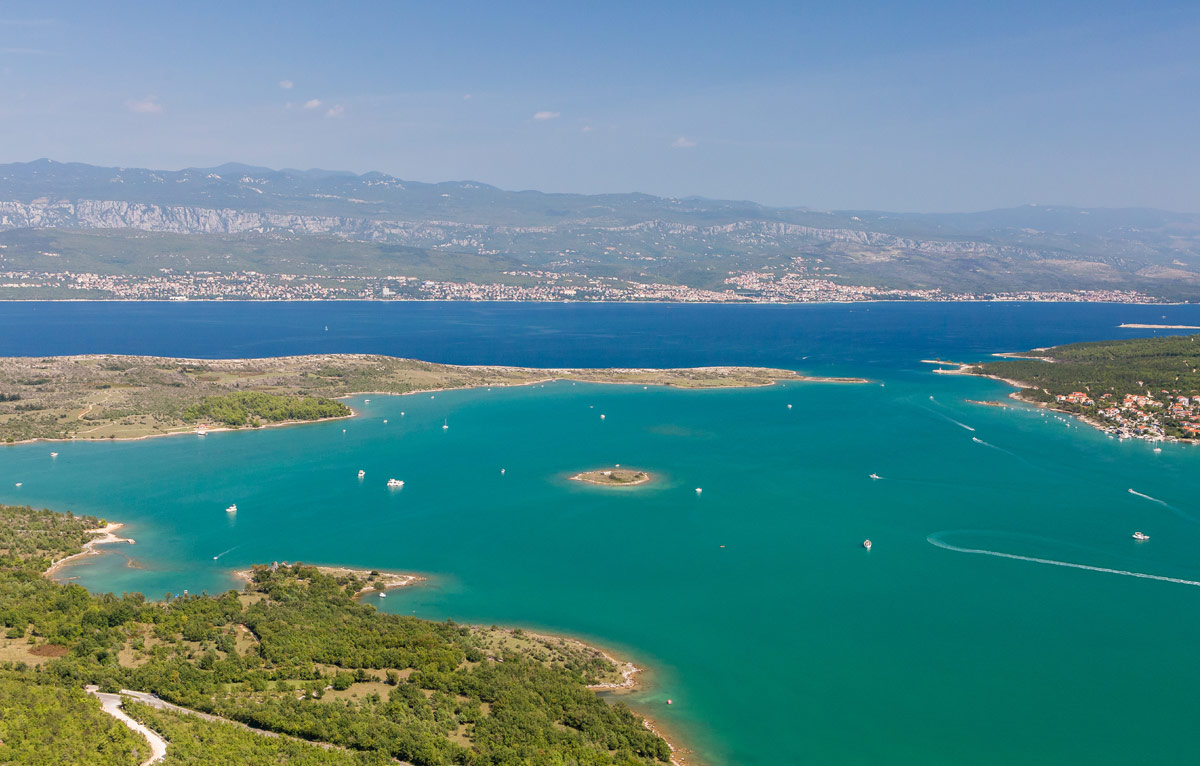 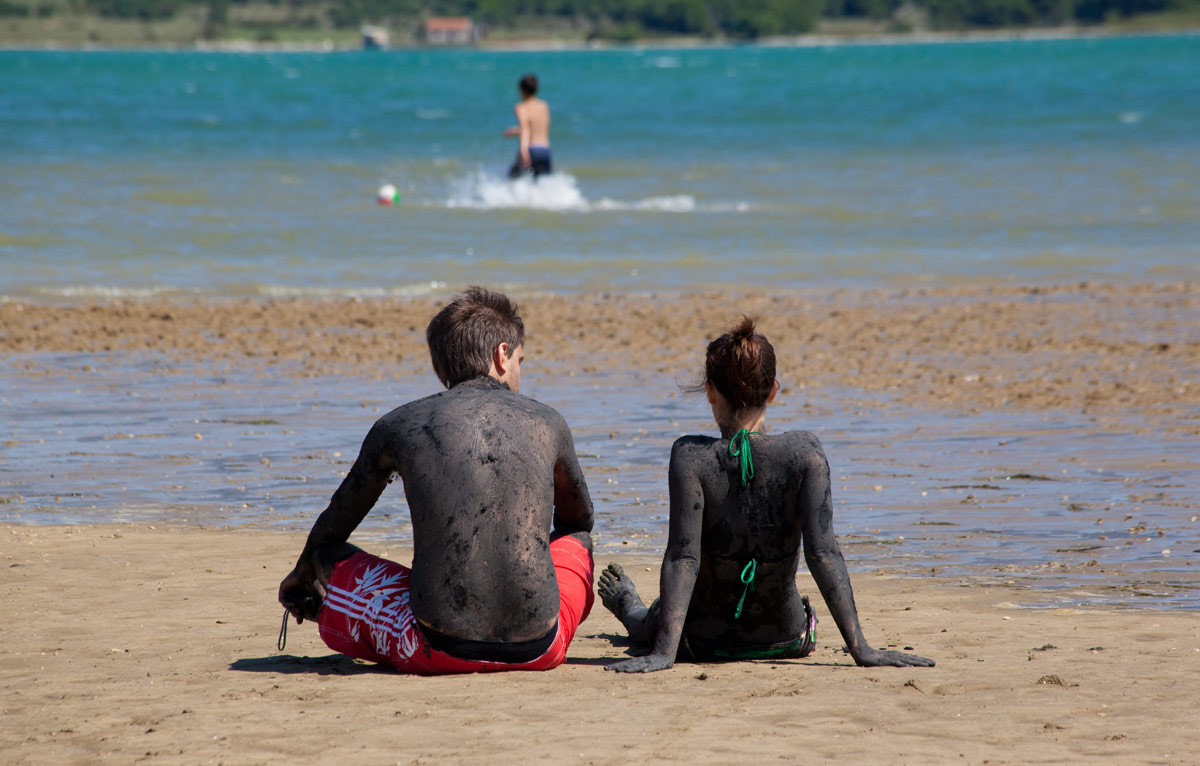 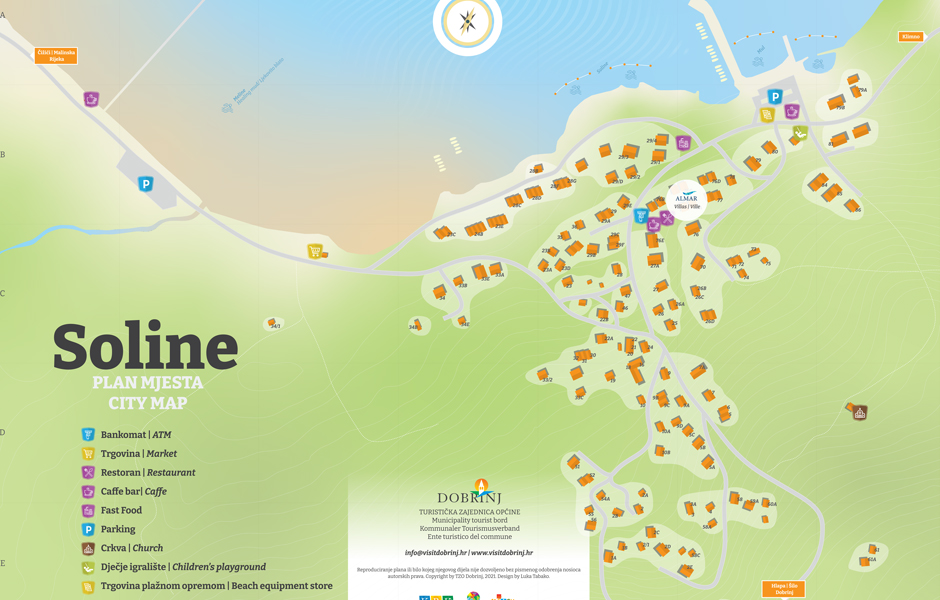 VISIT US AND EXPERIENCE

Although the primary meaning of the word “holiday” is always the same, the word itself and its importance in the sense of tourism have changed significantly. The holiday does not imply only the sea, first row by the sea, summer hustle and lots of fun anymore. The holiday has taken on different characteristics lately. The holiday for the body and soul and opportunities for recharging the batteries are becoming increasingly sought after and found in the hinterland villages. The Dobrinjština hinterland is thus becoming more popular and more attractive. Holiday homes with all the accompanying amenities such as pools, but also with details evoking the life as it used to be, are becoming the first choice for those seeking a holiday for all their senses. 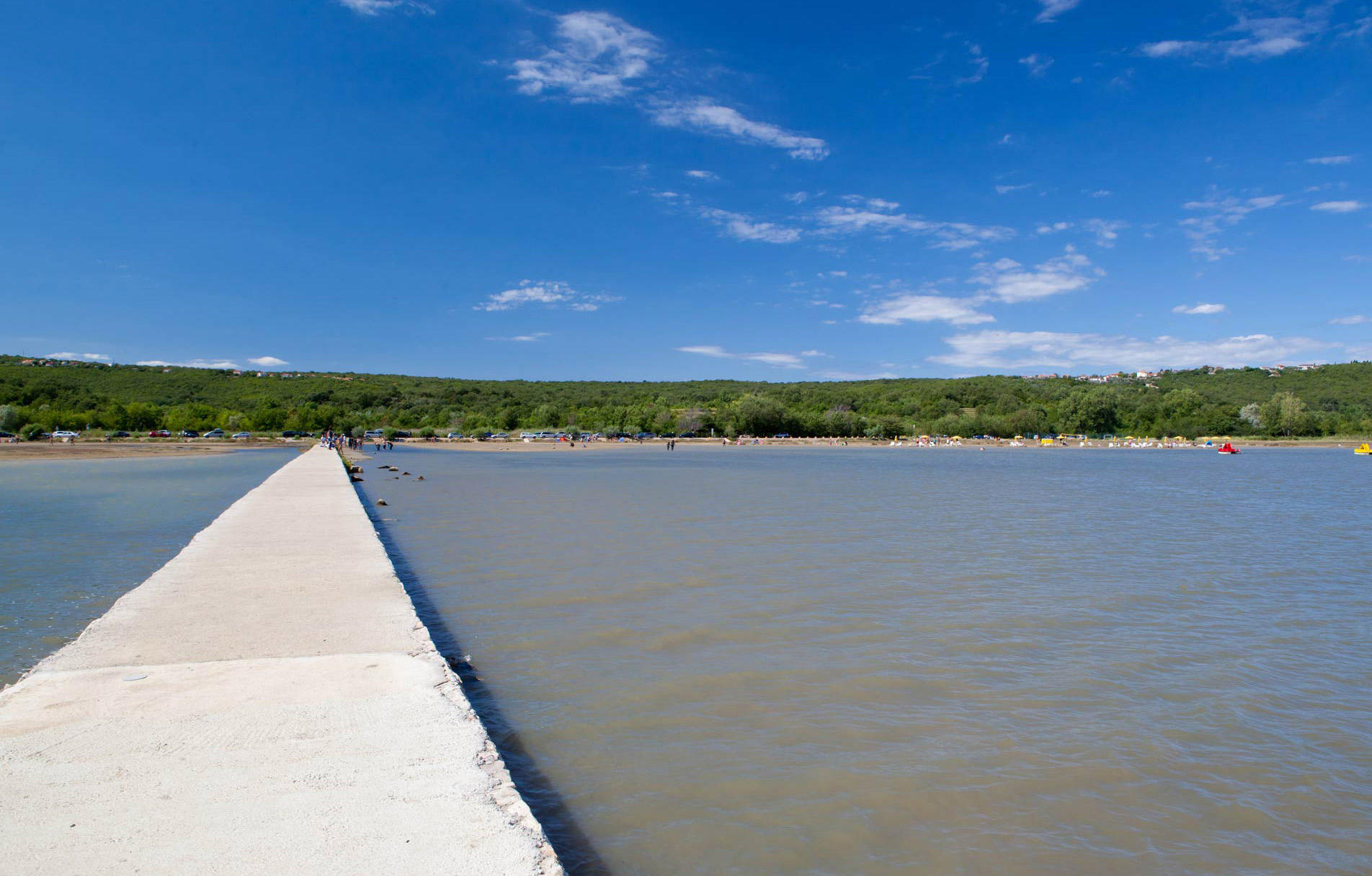 Intended for the swimmers in the summer and promenaders during the rest of the year in more recent times, it was, until the second half of the 20th century, a place full of barrels in which the locals cooked salt day and night. They would later trade it for flour, sugar, and similar across the territory of Slavonia, Zagorje, etc. While strolling along the štrada (waterfront) in Meline near Soline, try to picture in your mind a roof tile factory in that landscape. It really existed there in the 19th century! The workers from the factory would spend their short breaks during the scorching months on the štrada. 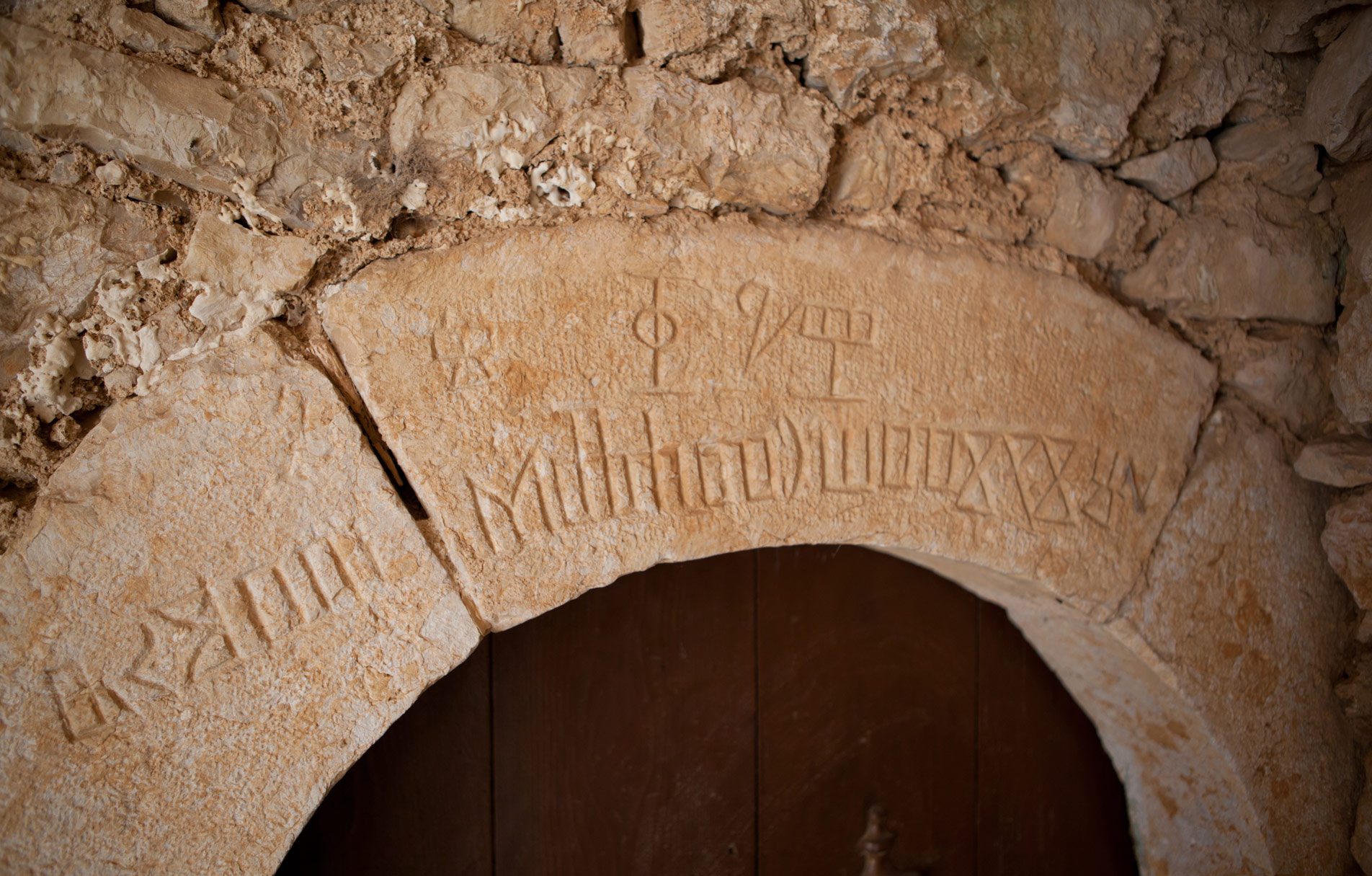 Chapel of Saint Clement and the glagolitic inscription

Only one chapel under the protectorate of the Krk Diocese is dedicated to Saint Clement (Sveti Klement), a Roman bishop and St. Peter’s disciple. This miniature yet precious Romanic building stands in the centre of Klimno, a village named after the chapel that was first mentioned in 1381. Small in size, the Chapel of Saint Clement (Crkvica Svetog Klementa) boasts a valuable Baroque altar relief painting proclaimed a national cultural monument. The Chapel of Saint Clement in Klimno belonged in its beginnings to the Malatestinić family from the nearby village of Soline. The then respectable and, judging by all, wealthy family is remembered to this day. Their surname is engraved in cuneiform Glagolitic letters on the transom of a house standing not far away from the chapel. The year 1514 is inscribed next to the surname Malatestinić. Church of Saint Clement – N 45 09.315, E 14 37.215 Glagolitic inscription – N 45 09.292, E 14 37.220 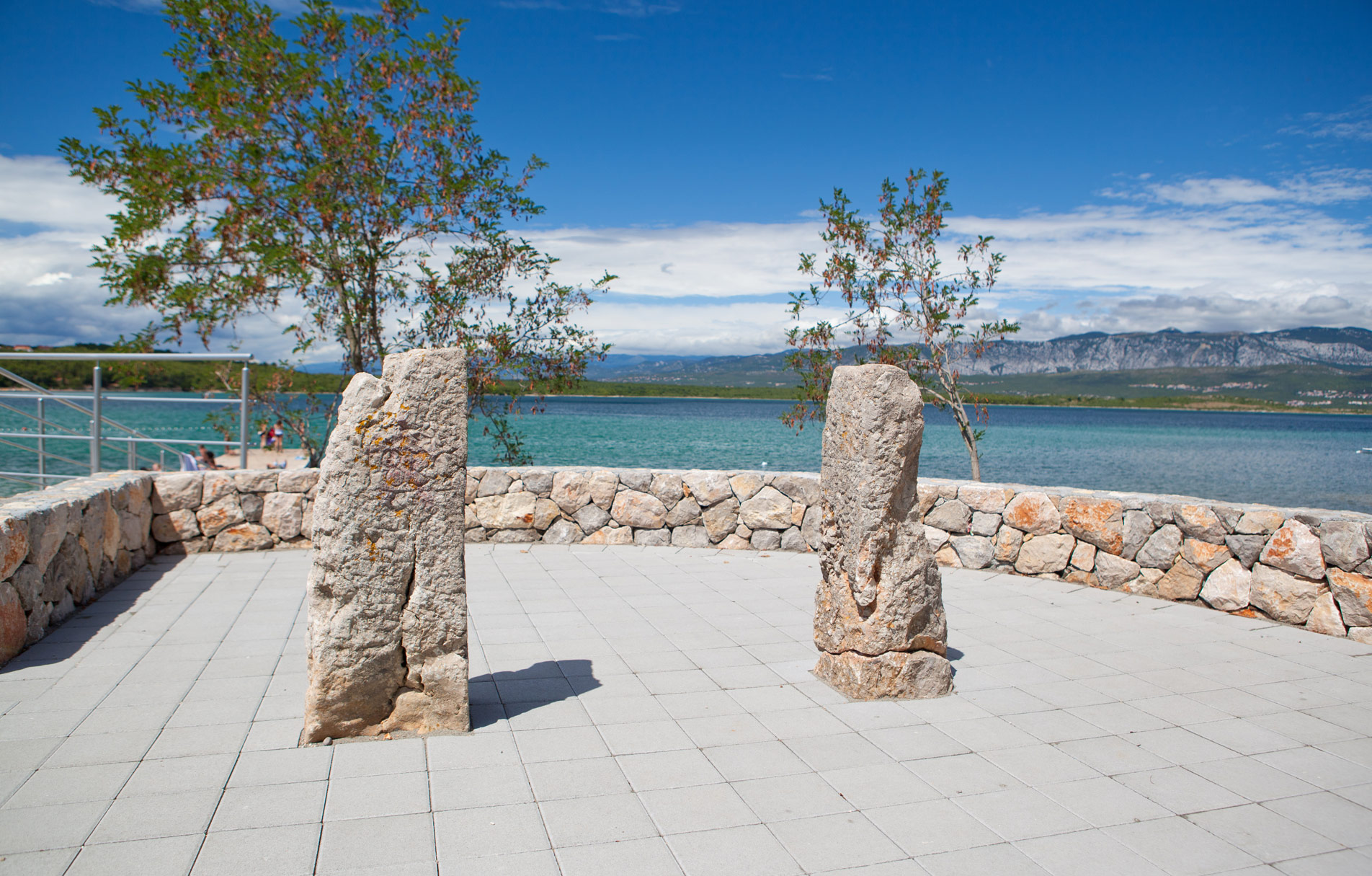 Necessity is the best teacher, goes the old saying. The people who earned a living for themselves and their families by selling wood for heating in Rijeka, Crikvenica, etc. probably lived by it as well. Many of those ‘shippers’ were unalphabets, i.e. illiterates. They were wise nevertheless: in order to avoid being cheated during a trade-off, they had a ‘mould’ made for the so-called ‘islander’s wood measuring tape’ (‘bodulski metar drva’). As many meters, that many coins and later bills! You can witness a part of that history at one of the departing points of the former merchants, i.e. on the waterfront (pier) in Soline. 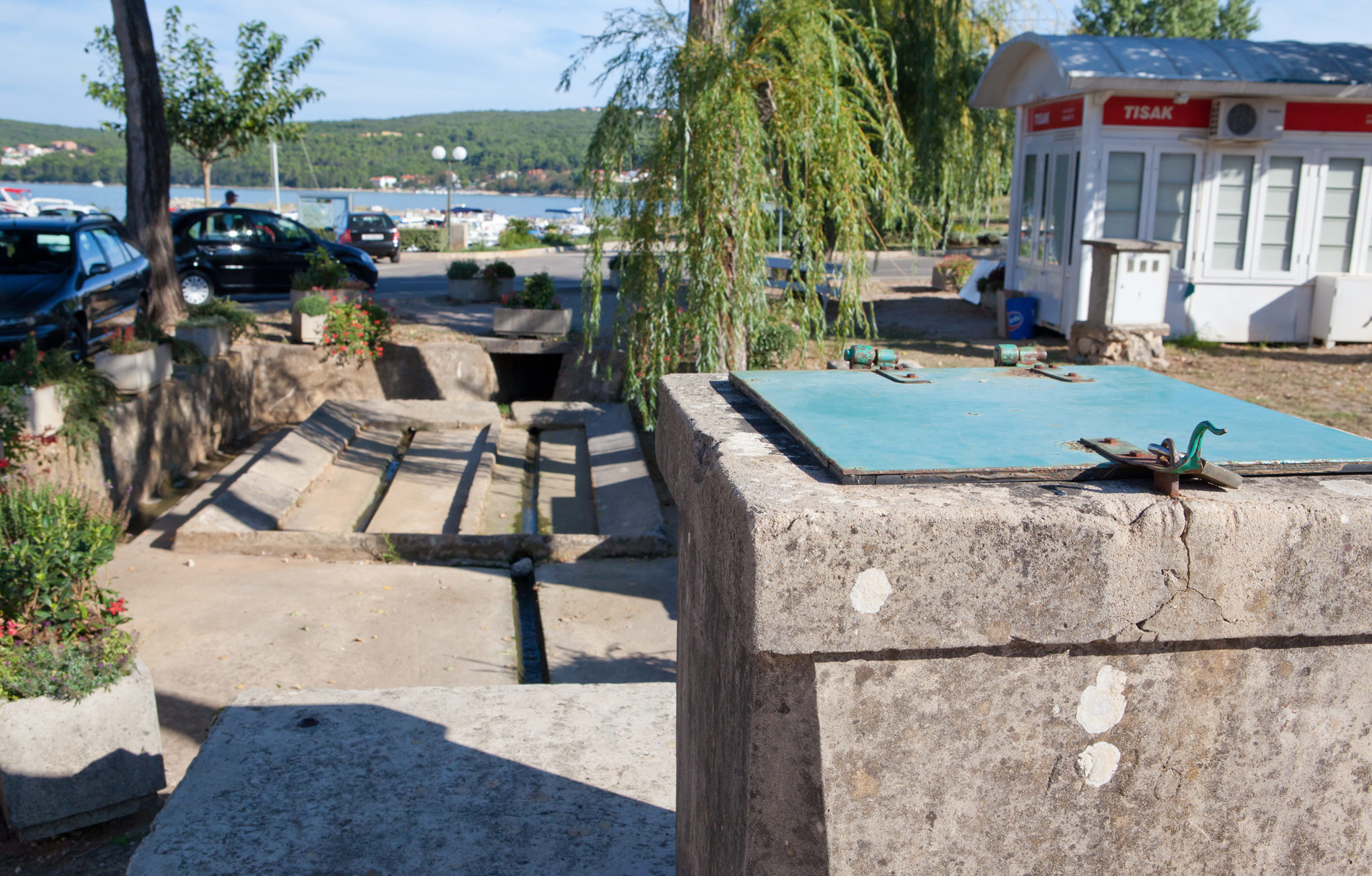 It was rightfully proclaimed a source of livelihood. Numerous girls and women tried to earn their living using it but it often happened that they would lose their lives in the freezing cold or the scorching heat. Perila were washing places used daily by the hard-labouring women (‘težakinje’), where they had to break ice during the winter and wait for precious drops during the summer. One such perilo can be seen today in the centre of Ćižići or as the locals would call it ‘perilo pod topol’ (a perilo under the poplar-tree). At the end of the 19th and the beginning of the 20th century, young men going to America in search of a better life made their romantic promises to their chosen ones exactly under that poplar-tree (‘pod topolon’)! 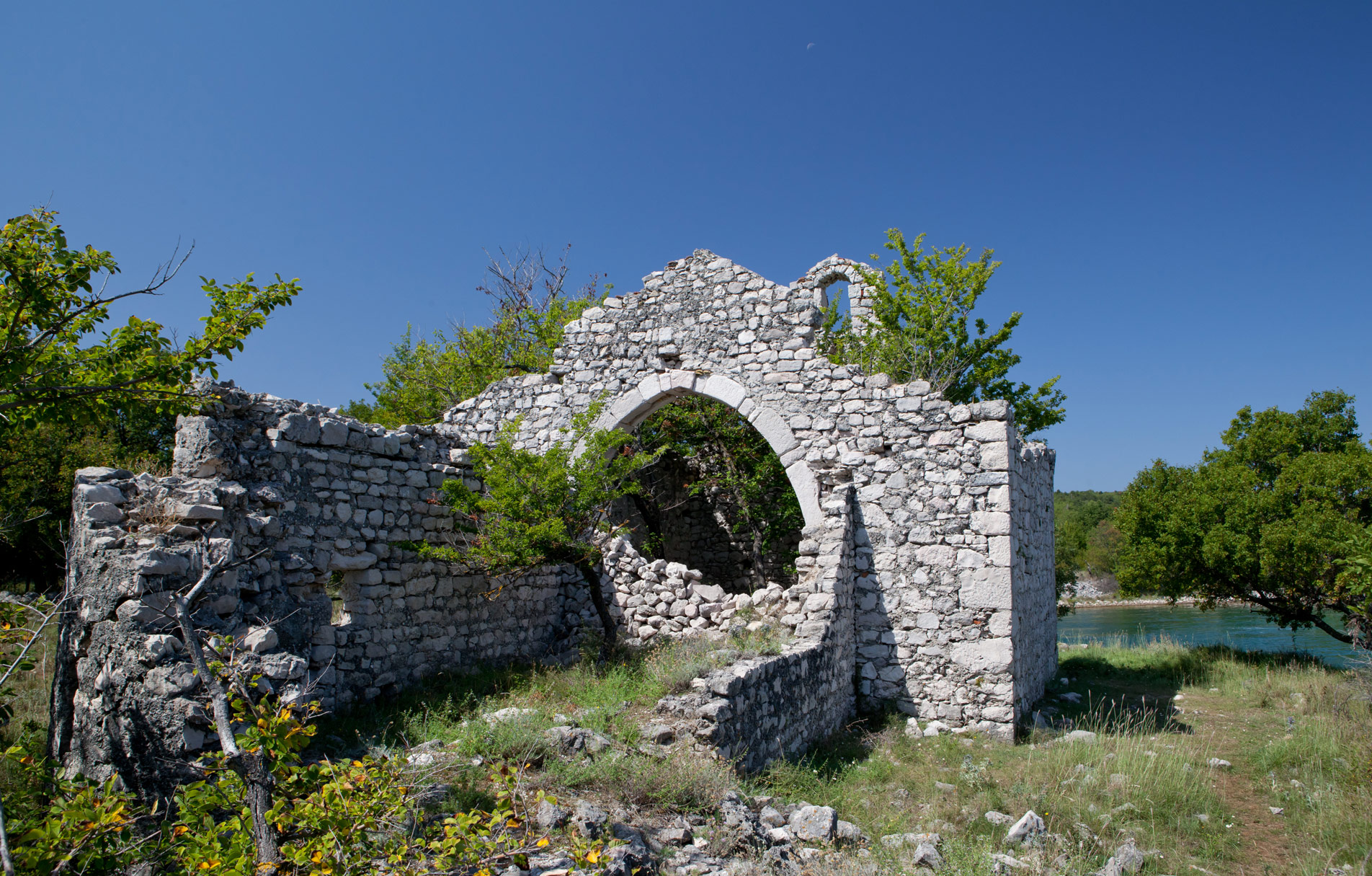 Remnants of the chapel of Saint Peter

From the died-out villages of the Dobrinj Region, the toponyms of which have been preserved, we would like to highlight Šugare (located next to Rudine). Not far from this village that died out in the first decade of the 19th century, there is an ancient site called Saint Peter (Sveti Petar) dominated by an authentic landscape and the remnants of a medieval chapel dedicated to the saint to whom the keys to heaven have been entrusted. A piece of this earthly heaven awaits you in this part of the Dobrinj Region. Go in and see for yourselves. It’s open! 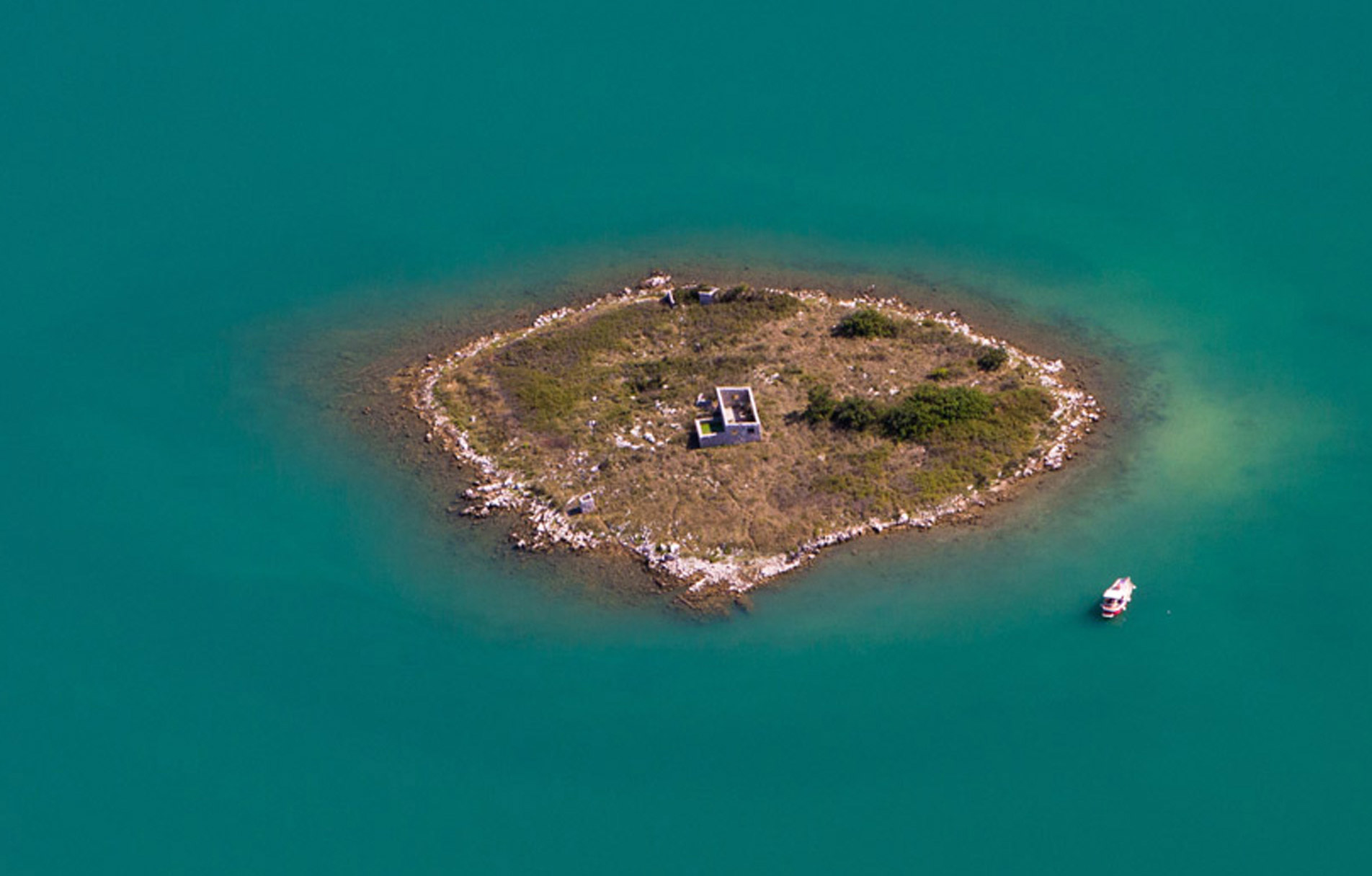 Be it rain, sun, fog or clear weather, you cannot miss it. Even if you are not looking for it, it presents itself; it ‘offers’ itself to you. Although small in area, its ruins, relics of the past, attract attention. More precisely, the remnants of an old restaurant named Veli Škoj. Veli Školjić or simply Škoj is an islet in the Soline Bay (Uvala Soline) known to the locals also as Kirinčić, which is its fourth name and one of the oldest surnames in the Dobrinj Region. 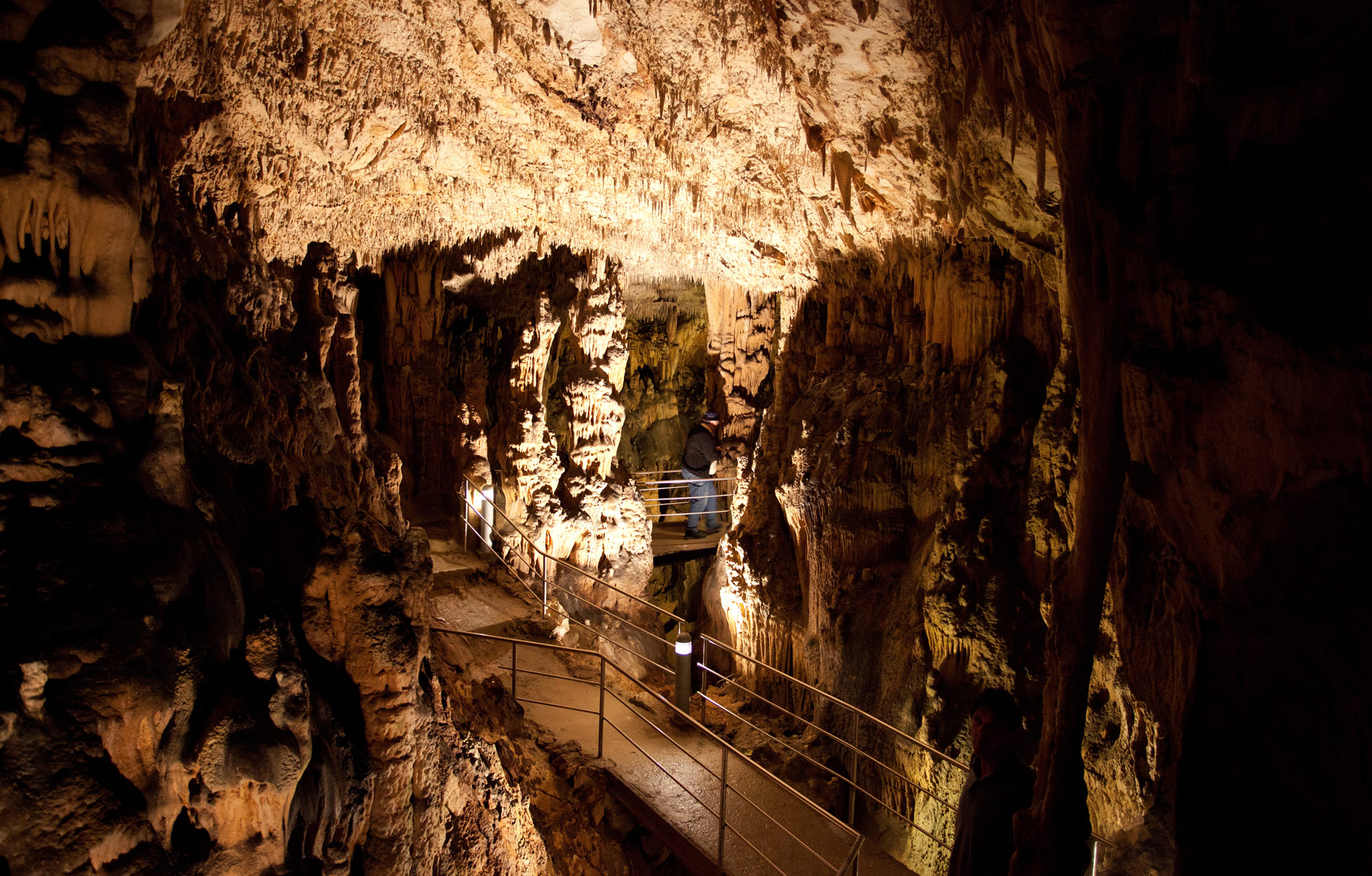 It is impossible to resist the progress of civilisation, or maybe it is? A few (literally a few!) permanent inhabitants of one village on the eastern part of the island of Krk would replace the word ‘maybe’ with ‘certainly’. More precisely, although keeping pace with the times, the village of Rudine still walks the paths of old or even ancient times and preserves the original architecture. Not only that: the nearby Biserujka Cave (Špilja Biserujka) of 110 metres in length has for centuries been hiding a pirate treasure in its depths. No one has been able to find it yet. Maybe you will be so lucky as to find that treasure and the permanent inhabitant of the Biserujka Cave, the endemic and only 5 mm long crab of the Alpioniscus christiani species! 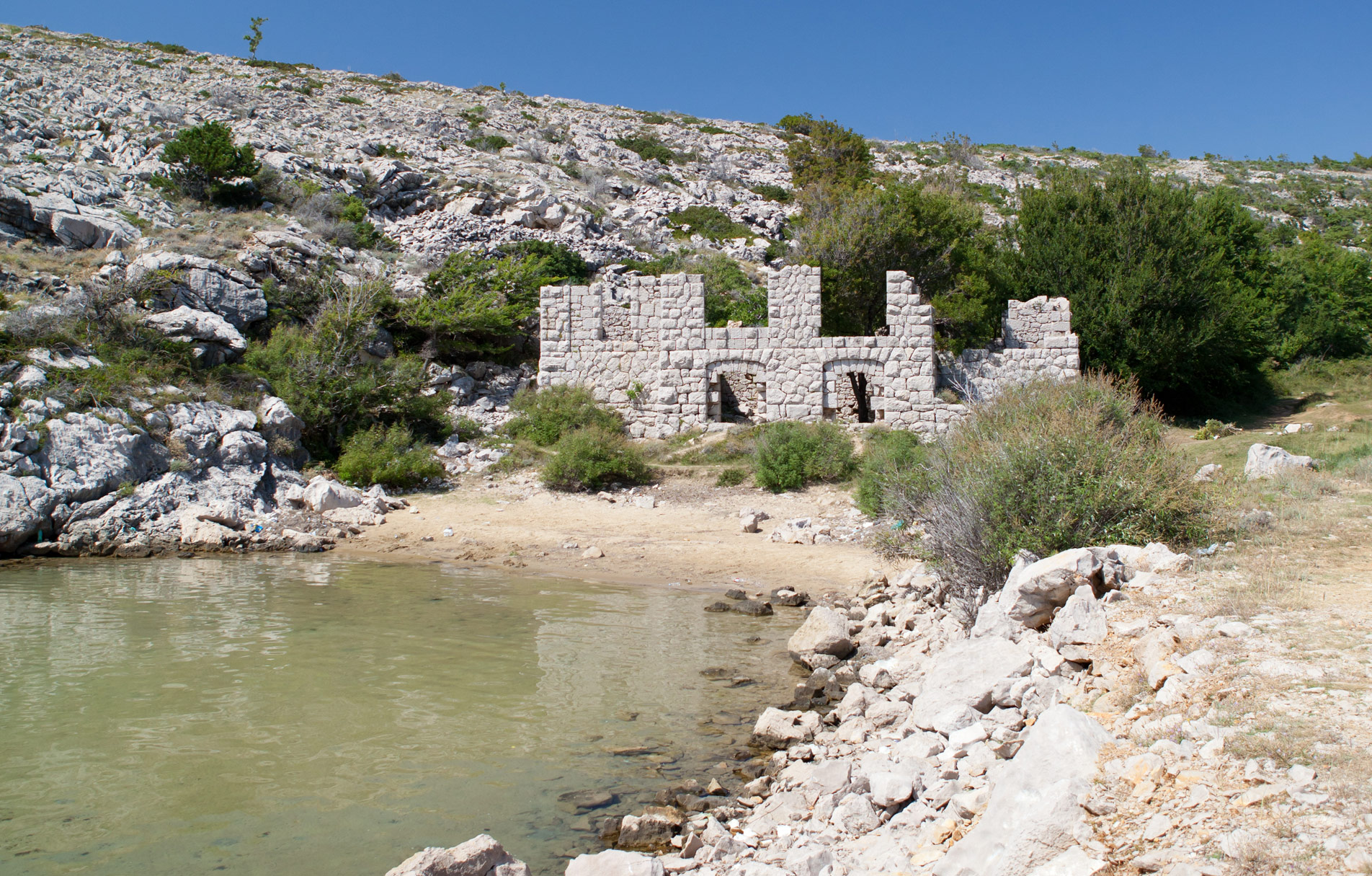 One of the most beautiful beaches on the island of Krk is found in the Slivanjaska Cove (Uvala Slivanjska or Slivonjska in the dialect of Dobrinj). Except for this beautiful sandy beach, the Cove also preserves the memory of an idea, which has unfortunately remained nothing more but an idea, an idea of building a ‘white hotel’ (‘bijeli hotel’). What was left from the idea of building a white hotel, which was developed at the beginning and in the middle of the past century, are only the stones representing the point where the idea was abandoned. 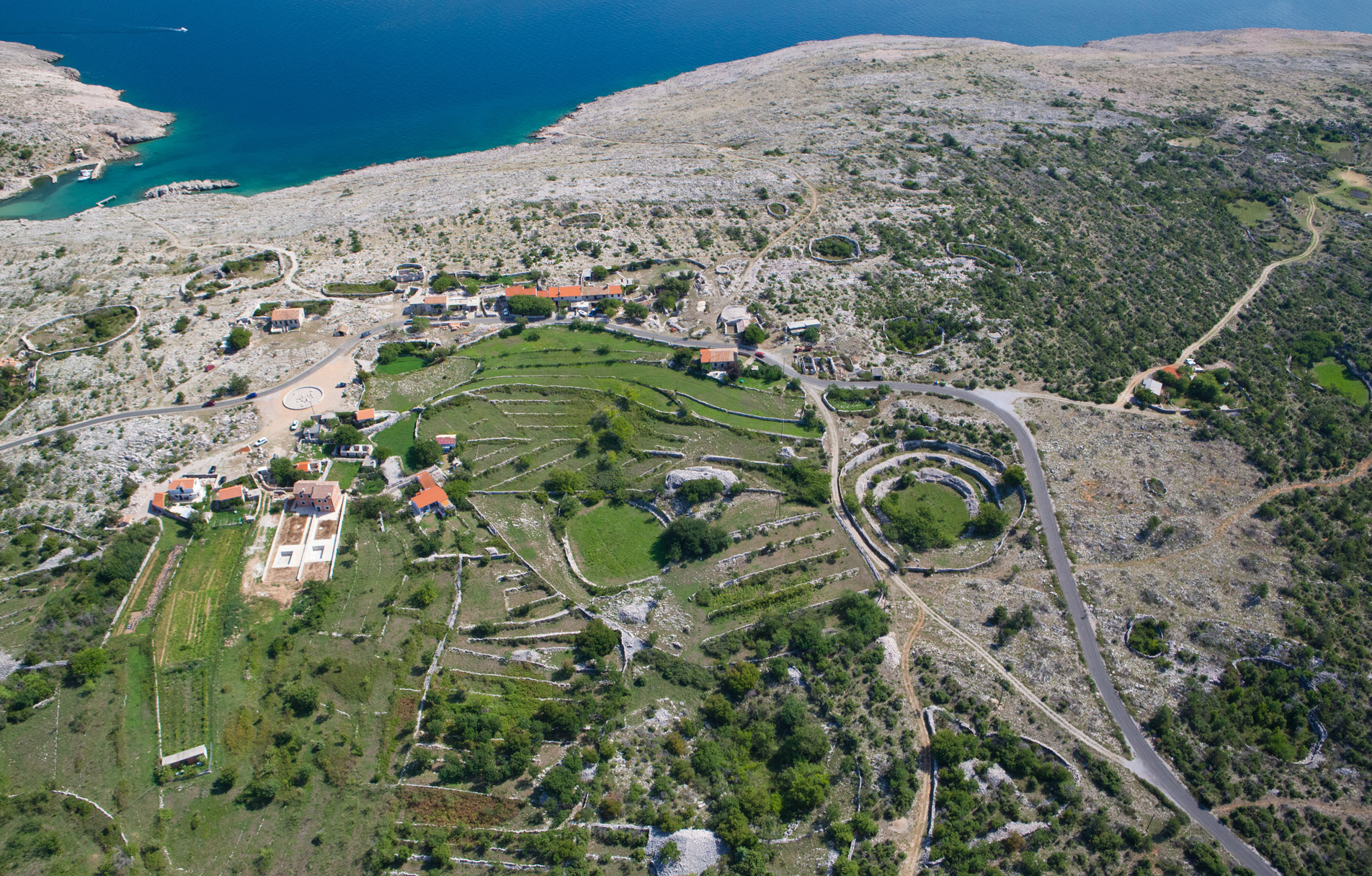 Every love story has its beginning and its end, and every end is a new beginning. Who would have though that the sad end of a love story would be the beginning of a legend which would be imparting the strength of true love for several centuries?! Frane and Lijana, just like Romeo and Juliet, were not allowed to legalise their relationship due to social norms and status differences. While running away from those who were against the young couple’s romantic relationship, Frane and Lijana found their eternal resting place in the ‘azure tomb’ (‘modri grob’). The legend about the unfortunate newlyweds later became the topic of folk songs. An anonymous folk artist also carved the images of Frane and Lijana on one cliff close to Rudine. It’s worth seeing and imagining. 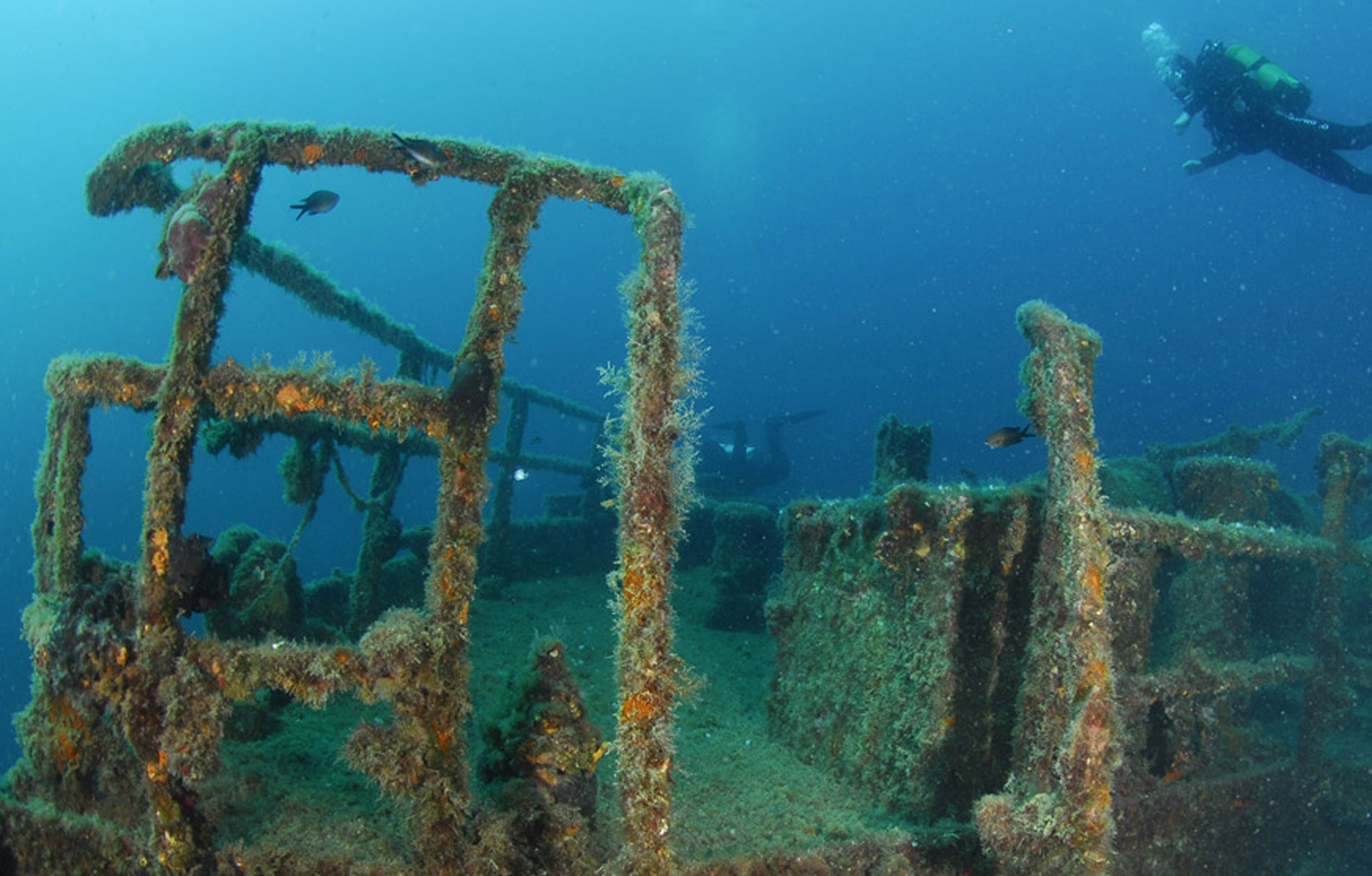 The sea gives, the sea takes. In the night between 7 and 8 January 1968 not far from Šilo, the sea, with the help of the wind, pulled to its depths a Greek freight ship called Peltastis. From the twelve crewmembers, only four survived. The captain’s body was found in the shipwreck a few months later. Peltastis still stands in one piece in an upright position at the depth of 33 meters. This tragic ship later became one of the most popular diving sites in the Kvarner Region. 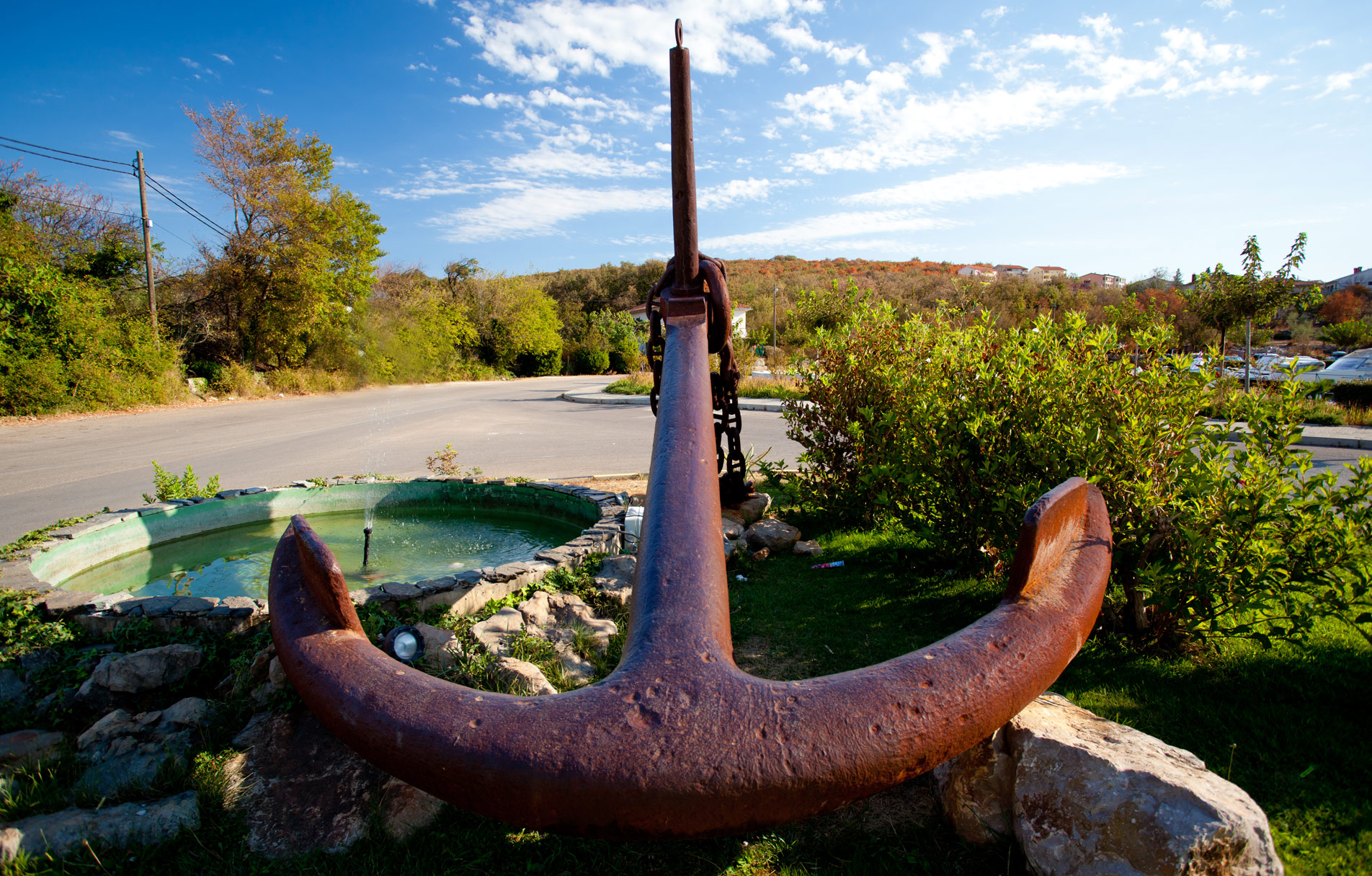 Even those who are laymen when it comes to the sea and seamanship know the answer to the question: what is an anchor? However, rare are those who will give a correct answer to the question: where is the largest anchor on the Krk Island located? The answer is: in the centre of Klimno. See for yourselves and you will discover that it is truly a ‘recorder’ of the island and, we dare say, even wider! 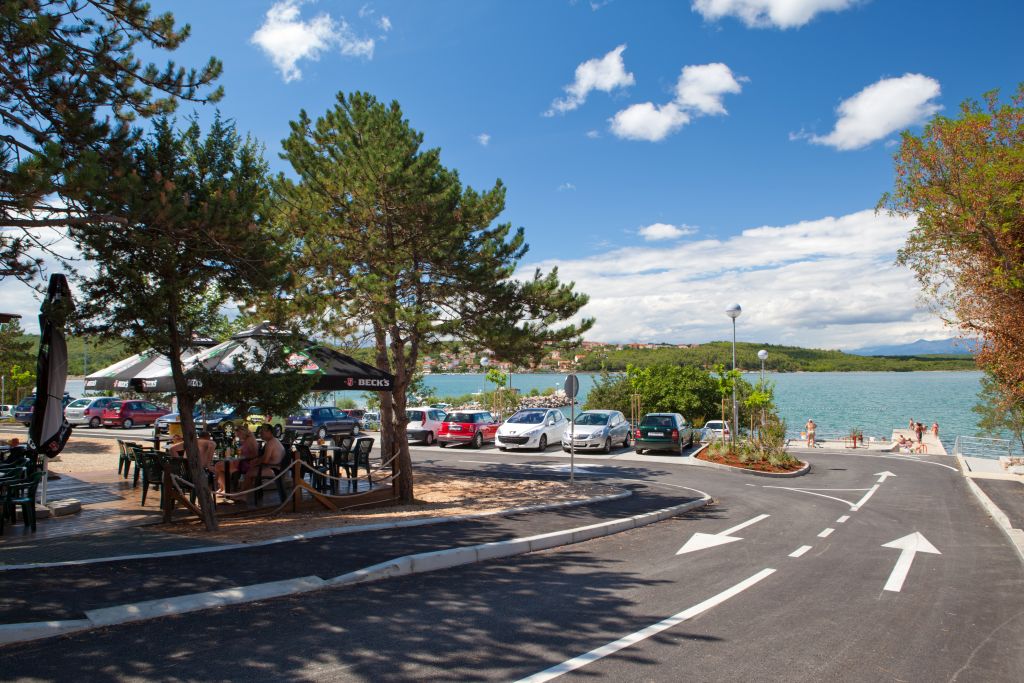